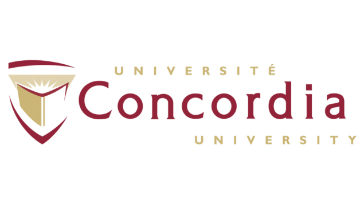 *The Indigenous Directions Action Plan, first launched in 2019 and revised in 2021, is Concordia’s roadmap to decolonization and Indigenization.

Concordia is an innovative, mission-driven university focused on transformative research, teaching and learning, collaborative action and public impact. With two campuses located in the heart of Tiohtià:ke/Montreal, Concordia is the top-ranked Canadian university in QS’s Top 100 under 50, and first in North America. It is one of the 200 most international universities in the world according to Times Higher Education whose 2022 Impact rankings also placed Concordia in the top 25 universities world-wide for work to advance the UN Sustainable Development Goals on Climate Change, Reduced Inequality, and Smart Cities and Communities.

Concordia enrolls over 51,000 students approximately twenty percent of whom study at the graduate level. Culturally and linguistically, Concordia is one of Canada’s most diverse universities. Roughly 24 percent of the student population is international coming from more than 150 countries.

Determined to be Canada’s next-generation university, Concordia is focused on delivering high-impact research across a spectrum of fields and preparing graduates for success in a world of disruptive change.

The University comprises four faculties--Arts and Science, Fine Arts, the Gina Cody School of Engineering and Computer Science, and the John Molson School of Business--as well as a School of Graduate Studies and a newly established School of Health.

With more than 6 700 employees, Concordia University represents total revenue of over $ 660M, including $ 525M in the Operating Fund. Total assets represent a value of $ 1.5B. In addition, the University benefits from a $ 1.3B Pension Fund.

Reporting to the Audit Committee of the Board of Governors, through its chairperson, and administratively to the president and vice-chancellor, the incumbent provides operational leadership to the Internal Audit (IA) function, ensuring the effective allocation of resources, good governance, effective internal controls, and appropriate risk management practices in compliance with Concordia’s objectives and policies, as well as with applicable legislation and standards. In addition, the incumbent provides strategic advice to the president and chair of the Audit Committee regarding major institutional initiatives and how the audit function can best support the mission and goals of the university given the continually changing landscape of higher education. The incumbent will participate actively and collegially in the University’s enterprise risk management efforts and activities.

The director, internal audit, is responsible for operationalizing a systematic, disciplined, and transparent approach to establishing and implementing audit mandates. The director leads the IA function with a view to delivering results that ensure fraud prevention and detection within the University, while enabling academic and administrative units to advance the University’s strategic goals in alignment with financial and regulatory requirements.

The director, internal audit, provides a detailed annual audit plan. The Director reviews, assesses, evaluates, develops, and verifies internal controls and critical activities of the University--including Faculties and Service units--regarding processes, systems, financial statements and reporting, and transactions in accordance with internal auditing and government-mandated standards. Internal Audit will work and consult with a variety of internal and external experts, including offering constructive proposals to address deficiencies. The Director of IA will report to the president and to the Board of Governors his/her findings and recommendations.

The Director, Internal Audit will:

This is a unique opportunity for a dedicated and passionate leader. To apply for this position, please submit your application and related materials to Marie-Hélène Gaudreault and Maja Messam at mmessam@boyden.com and state the title of the position in the subject line of your email.

We thank all applicants for their interest, however only those under consideration for the role will be contacted.

Concordia University is an equal opportunity employer. We strongly encourage applications from all qualified candidates, including those who are Indigenous, Black, racialized, LGBTQ2S+, women, persons with disabilities, members of visible minorities and other equity-seeking groups. We value a workforce that reflects the communities we serve.  In keeping with Immigration, Refugees and Citizenship Canada requirements, all qualified persons are invited to apply; however, preference will be given to Canadian citizens and permanent residents.

In keeping with the Accessibility for Ontarians with Disabilities Act, 2005, Boyden and Concordia University will provide accommodations upon request during the recruitment, selection and assessment process for candidates with a disability.